Two applications are available for competition organizers to retrieve data from the SpeedskatingResults.com database.

The Vitesse Competition Manager allows race start lists to be drawn automatically using seed times retrieved from the SpeedskatingResults.com database. It includes all of the functionality of the original Participants List

The original Participants List remains available. It allows seed times to be retrieved from SpeedskatingResults.com and saved as an Excel spreadsheet

To install Vitesse, download the application then extract and open the zip file. Click on the Vitesse_Setup icon, then follow the instructions on the screen. The zip file includes the Vitesse Users Guide and JSON Export Reference. Both guides can also be dowloaded separately.

1. Add Seed Time Table Excel spreadsheet, showing all seed times in a single table. Added at the request of users of the older Participants List app.

2. JSON export all option - a single JSON file combining both the participants info and start lists.

3. Non-English language support (beta). Support for other languages in the PDFs and Excel spreadsheets generated by Vitesse. Built-in support for French, Norwegian, Polish, Russian and Swedish in addition to English. Allows user to modify translations and even add new languages. See the updated Vitesse Users' Guide for full information. While there is full support for other languages in the participants lists and start list PDF and Excel files, at this time much of the app's actual user interface remains English-only. 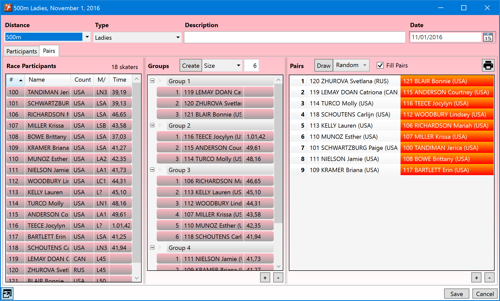 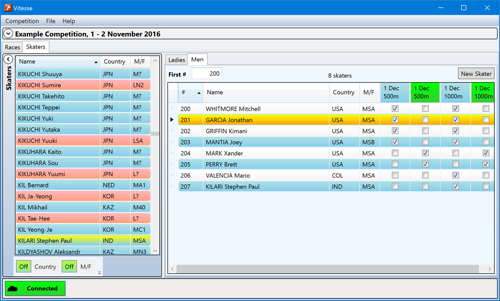 3. Import competition and/or race participants - Cut/Paset or from file

4. Faster retrieval of information from SpeedskatingResults.com

1. Large text option for better legibility when Vitesse is used on large monitor or projector

3. When skaters with same seed time are split across groups, randomly choose which skater is placed in which group

Participants List is a Windows™ application that aids in the creation of seed times spreadsheets for participants in a competition. As skaters are added to the list of participants their seed times are automatically retrieved from the SpeedskatingResults.com database.

To install the application download and extract the zip file then follow the instructions in the Users Guide included in the download. The Users Guide can also be downloaded separately.

25 Jan 2014 - Update to correct crash when loading a saved competition after manually setting a skater's date of birth. Before installing this release, please uninstall any older version using the Windows™ Control Center. 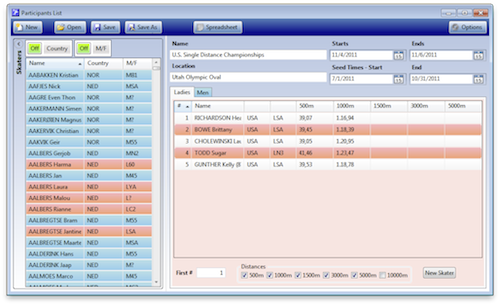 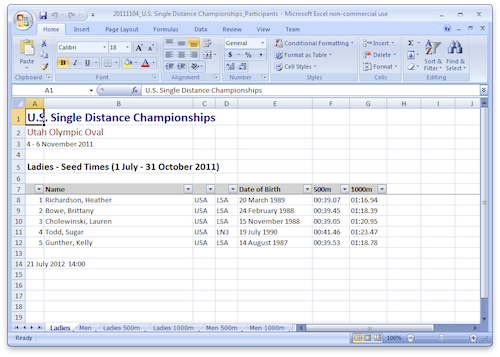 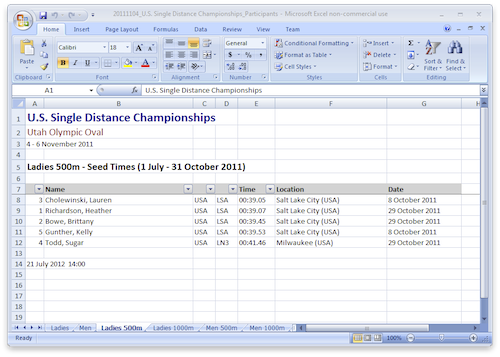